Normally, when you hear stories about getting caught masturbating, it’s pretty horrifying. Stories like, a mom banging on the door to the bathroom screaming, “dinner’s ready,” and the door accidentally opening. Then, the story generally discusses the awkwardness of having to fight through the uncomfortable silence over dinner (which just happened to be meat and potatoes.) My personal experiences, include the time my little sister got up in the middle of the night to get water, and caught me lotiony handed in the living room stroking it to the Golden Girls. Or, the time my dad accidentally walked in on me, and decided it was a good time to tell me about the “birds and the bees” (or what my dad referred to as the “Beaver and the Snake.”) 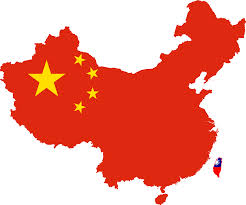 I am sure you have heard a thousand funny stories of people getting caught Jingling the Jewelry, but none I am sure are as awkward as what I am about to tell you. I was in China to perform on a very large television show.  Along with a nice paycheck, they gave me a swanky hotel; complete with the traditional Chinese breakfast of cheerios mixed with fruit loops. Now based off the breakfast, you might think that the hotel was like any hourly rate place you might see Eliot Spitzer at, but honestly this was ridiculously nice. My room came complete with flat screen TV, computer, candles, and Asian condoms. I always joked the Asian  condoms were smaller than normal condoms, but they fit me just fine.

Of course, the most famous of all bringing in the top #5 is; you know him, you love him George the II. Yes, GEORGE the II, king of Great Britain, and Ireland from 1727 all the way to his tragic death in 1760. Rumor has it that he died of a ruptured aneurysm of the aorta, but I think he faked his death, and is still releasing albums today.

Back to the story… Knowledge unknown to me at the time, and pivotal to the story, is apparently the phone does not go to a landline, but to the front desk. It is used only for emergency’s that happen in the bathroom. Kind of like a “help, I’ve shatten, and I can’t get up button.” 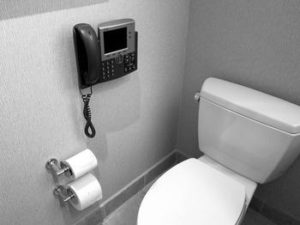 So, my performance on the TV show went very well, and after a few drinks got back to my hotel pretty late. Feeling good, I cleaned myself up with a shower, and got ready for a celebratory jerk before I went to bed. What can I say; I am kind of a finicky masturbator. The right mood is as important to my masturbation success as much as weed was to Al Gore when he invented the Internet; or heroin, cocaine, ketamine, ecstasy and booze are to an Amy Winehouse overdose.  Nothing weird though, just small things: like the light has to be out, and I like to play R&B music.  I actually never listen to R&B music, unless I am getting sexual.  It’s like, “Where everybody knows your name” to Cheers, whenever it comes on, Shelley Long appears, and there is occasion laughter.

When a bathroom emergency phone is knocked off the hook, and the guest does not respond to calls, proper protocol; is to inform the police and paramedics.  I don’t know why they have to involve government officials, but I am glad they did because without them, this story would not be nearly as funny. So they knocked profusely on my door, and of course I did not hear them because when R Kelly is bumping I am a pumping. So, I am in the middle of doing some sloppy sign language, when all of a sudden the hotel clerk opens the door. She flashes on the lights, and in runs 2 paramedics wearing white gloves, and 3 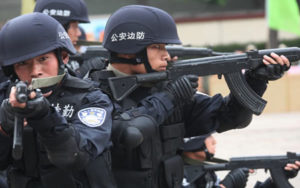 policemen with guns drawn. I opened my eyes, and for a second thought it was part of my weird fantasy. Once it dawned on me they were real, I froze. Most people’s natural reaction would be to jump, and cover them selves with whatever was around. As for me, I just lay there staring at them with confusion like I just watched Memento.

Surprising enough, they just stood there staring right back. They were acting like it was the first time this has ever happened (insert awkward laugh.) I guess, I should take that as a compliment though. That at the site of my body, they didn’t run away screaming like Godzilla was attacking. They just stood in marvel (another awkward laugh.) Here we were; the police, with their guns drawn, and me with my gun drawn (so to speak,) at a crossroads, looking at each other like whoever stared the longest won a prize. After about a solid minute of awkward silence, in an attempt to save face, and follow through on his call of duty, one of the policmen said, “Mr. Baker, is everything OK?” I guess it is all anyone could say in that scenario. Once the words came out of his mouth, they all quickly turned around, and ran out of the room. I just sat their shell-shocked (still; disturbingly, with a woody.)

Sex has made so many technologic advances over the last decade. Inventing things from Viagra to Vagina flavored Bolognese; the technology seems to be endless.  Although these inventions have helped to liberate people’s sexuality, sexventors have failed to cure one of the most awkward scenarios that arise in bed, taking your clothes off. How many times has the mood of the foreplay been ruined by the un-sexiness which is getting naked? Hell, I have even turned myself off trying to get my drawers off while juggling. Many say, that keeping a person turned on, while getting your underwear off, is impossible. You have read about it being possible in history books, and on episodes of Ripley’s Believe it Or Not, but no one has ever truly encountered such thing.

People have tried to solve this sexually catastrophic event by inventing things like the crotch less panties, edible underwear and 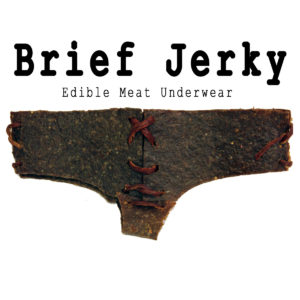 the hole in the front of boxers. These were all noble attempts, but all fell short. For generations this problem has plagued the great sex minds of our times, until today. Today, I present a product that gives those plagued minds the reacharound it deserves. Today I present to you, Tear Away Underwear.

Underwear, that by the powers of Velcro allows you to rip them off and be ready to go like a donkey in Tijuana. Imagine foreplay, with no fumbling, grumbling or stumbling. Drive your partner wild when you rip off your undies like a basketball player coming off the bench. You will be prepared to defend, dunk and if you are lucky, lead your team to a come from behind victory. Finally a product, that presents people with the option of a better life. Not only will this amazing product revolutionize intimacy it will also advance many other fields; like the medical profession. Think if you happened to be at the hospital unconscious; the tear away underwear allows people to get your clothes off faster. This helps the work of so many including doctors, nurses and birthday clowns.

Soon, the sound of Velcro, will be something everyone associates with hot fornication. Just the sound of Velcro ripping, will turn people on just like when they hear creaking beds, water slapping, or when I see a bottle of Mrs. Butterworth. Velcro will 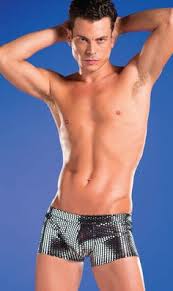 forever be linked to sex culture and be mentioned in the same breath with Jenna Jamison, Ron Jeremy and baby albino lamas. Equipped with a full access Velcro connection in the front, allowing you to take them off without even removing your pants. Think of those days where you just need a little more air down there, but you got those pesky tighty-whities on. Or the days you need to masturbate during a work meeting, but you can’t because you decided to wear that underwear your grandma stuffed your stalking with. The Tear Away Underwear makes all those fantasies a reality.

Tear Away Underwear; it will change how you fondle yourself under a newspaper in the park. Buy today, and get a pair of free tear away business socks.