Often times I perform at events where my performance is scheduled right after a celebrity. I don’t know why I would ever following someone famous, but you would be surprised on how often it happens.  It usually goes like this, “Thanks for those moving words Mr. Obama. You are truly an inspiration to the world, and we are honored you came and shared with us today. Up next, let’s give a loud round of applause, to comedian and stunt man Matt Baker.” There is something

fundamentally wrong with following somebody who is significantly more famous then me. I chalk it up to the old vaudeville days, when they would use an awful act to follow the headliner. The reason they did this is to clear out the theatre to get it ready for the next show. At any rate having a person no one has ever heard of, follow a guy who was the first black president of the United States, has got to be as dumb of a move as the time I ate a hot dog at a Chippendale show.

Being a performer you come across a lot of show producers who really have no idea what is going on. It might be the stress of managing such a large event (or the blow they are doing all through it,) but a lot of the times they just have no idea how to correctly put on a show. The worst comes out when there is a celebrity involved. I once got kicked out of my dressing room because David Hasslehoff had to take a dump in my toilet. When I was allowed back in my own dressing room, it smelled like a person holding on to a mediocre career. It sickens me to watch the show people be bent over by celebrities like Leonardo DiCaprio in Basketball diaries. I understand if it is someone who actually makes a difference like the Dali Lama, but making sure Tom Arnold has 250 brown M&M’s and a glass of unicorn tears is going a little to far. They treat it like if they don’t, they can never get a low level D celebrity at their event again.

Following them is one thing I can manage, but sometimes the producer wants me to do some sort of funny interaction with the celebrity to keep the show moving. For some reason this happens a lot! Like Dan Marino’s 16 years of playing football is really going to pay off when he is forced to 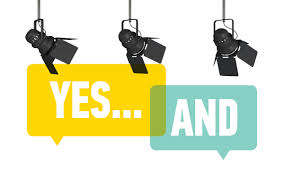 improv for 5 minutes with a comedian. I can just see the idea going through the producer’s ecstasy riddled head, “Oh, you think Dan Marino is a great football player, just wait until he tries to make you laugh unrehearsed with this unknown comic.” It is stupid to ask someone who has done one thing their whole life and expect them to have success at something totally different. “Oh, your good at quantum mechanics, we are going to have you break-dance.” I mean, sometimes it works, but most of the time it doesn’t. It is unfair to ask a comedian to stray from his act to make people laugh, but imagine someone who has never done any improv in there life doing it; it can go south in a hurry.

There is no more of a perfect example of people not being able to interact then the time I was asked to improv with Jaimie Lee Curtis. She was speaking at an event and I was scheduled to follow her. I 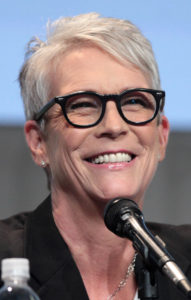 thought it would be ok since she is an actress, and backstage she was really funny. So when I got on stage with her, I jokingly said, “Jamie, I don’t know who does your makeup, but they did a great job because I didn’t even notice your adams apple.” Jamie; instead of improving with me, just stormed off stage. Maybe it was what I said, but any person with improv training would have come back with a number of witty retorts like, “The same make up person that made your career invisible.” Or, “you sure noticed it last night when you were rubbing it.” Jamie instead decided to walk off stage and leave me hanging dry on stage. I thought it was funny and so did the crowd, but the show producer didn’t; and that is all that matters. Moral of the story is, if you are ever on stage with Jamie Lee Curtis, don’t bring up that she is a man.