There is no doubt that technology today is astounding. Everyday, inventors, scientist and laid-off Microsoft employees create new ways to make our lives easier and more efficient. From mobile phones that are computers, to retail DNA tests that can tell you what type of career you child is most likely to have (mine is a projected Snake Milker,) whatever it is there is no dispute that the fountain of technologic advancement flows endlessly. 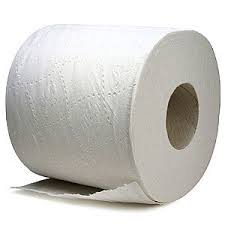 Although, every time I hear a announcement of a new item that seemingly does everything we ever imagined, I always look around my house and see everyday objects that have not been upgraded since there creation. It seems as if we skim over the necessities and go right for the amenities. I find it a little troublesome that we are so focused on creating and enhancing only specific parts of our life. Mankind can send robots to mars, using only a pong joystick to have them roll around gathering samples, but I have to still wipe my own ass with a piece of tissue.  Come on NASA, why can’t I use a pong joystick to control a robot that will wipe my ass? Every time I look at my phone I am reminded of how our technologic focus is put on the wrong things. How can I watch a soccer game being broadcast live from India, while I am camping 150 miles from the closest town in Montana, but we can’t figure out a new way to cut our fingernails? Where is the phone that also is a fingernail clipper? Why is there no app for that? 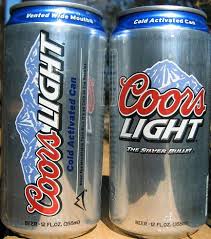 The best example of technology not addressing the things that really matter is Coors Light. Coors Light came out with something they call a cold activated can. It is a can that changes color depending on if the beer is cold or not. Coors spent millions of dollars developing the hyper color of cans, because they knew how much time it would save people. Instead of wasting valuable seconds checking the cans temperature with their hand, people can now use that time to focus on things that really matter like watching NASCAR, polishing guns and cutting the sleeves off their flannel shirts. Coors spent millions of dollars developing something that did not need improving instead of spending that money on something that really does need improvement, making there beer not taste like dirty dog piss.

My cousin Alberta Einstein once said, “Sometimes by taking a step back you allow yourself to take two forward.” As a society we have such a desire to just keep moving forward by upgrading things that don’t really need upgrading. We are afraid to take that one step back. When I hear an announcement about a new invention, I don’t want to hear about a faster phone or a computer chip that makes you skinnier, I want to hear about improvements to things like: pencils, dishes, combs, flossing and of course the mother of all things that needs to be brought up to date and the inspiration for today’s million dollar idea; envelopes.

For close to a century people have been forced to expose their tongues to the disgusting taste of bitter dry adhesive just to seal their envelope. This acidy flavor has caused many fictional characters to die and is the second most common phobia related to licking, only behind frozen flagpoles. Everybody loves getting mail, but many factitioners credit the taste of the back of the envelope for the decline in today’s mail correspondence.

Some have tried to solve this never-ending problem. Creating things like self-adhesive envelopes and specialty sponges, but fitness experts has found that the tongues of people using these techniques are often malnourished due to being under worked. We also question how sponge worthy envelopes really are.

This social dilemma is what we at Matt Baker Comedy are dedicated to confronting head on. When no other inventors wanted to tackle such a social and terrible problem, we have no fear. We have invented something that is simple, yet needed. Today we bring to you Flavored Envelopes.

Tired of tasting that bland sticky shit on the back of envelopes? Rather play; find the lint in Mama June’s belly button with your tongue? Don’t worry; you don’t have to anymore, not with flavored envelopes. No more gagging when you have to send a bill, no more cringing when you have to send a simple letter. Flavored Envelopes will turn the disgusting process of licking the envelope, into an enjoyable one. With an assortment of flavors that include your favorites like Vanilla, Strawberry, Pina Colada make it so, when you lick you don’t get sick.

A life with delicious flavored envelopes in it; is a life worth licking. With a flavored envelope in your hand you are standing one step closer to a life filled with peace, unicorns and people who don’t say, “dude.” No more expensive self-adhesive envelopes, no more dirty sponges and ozone polluting tape, with Flavored Envelopes just lick it and stick it.

Buy your Flavored envelopes today and be a part of the revolution that will bring down this evil regime called e-mail. If you call in the next 365 days we will throw in a sheet of our LSD flavored stamps. * Be sure to look in stores for our newest flavor, Angelina Jolie; it’s just like kissing Brad Pitt.

* Note: We at Matt Baker Comedy are not responsible for any hallucinations caused by the LSD flavored stamps. This includes, but is not limited to streaking, gnawing on your arm, thinking you are Jimi Hendrix in a past life, fighting imaginary ninja’s and flying.