It’s known amongst my friends, I tend to bet on virtually anything. I don’t know why I do it; it just seems like the best way to solve disagreements; if even the most mundane.

I once lost $50 on one game of Rock Paper Scissors. Another time, I bet $5 that my blood pressure was higher than my buddies; and won (But in the grand scheme of things, really lost.) Probably, my most ridiculous bet to date is I bet $100 (while drunk) that my friend’s favorite color was blue. What’s even more stupid is; I won (he was drunk too.)

Aside from betting, I am also the guy who will often come up with ridiculous ideas that I am too afraid to do myself. Most of the time, to see my crazy ideas in action, I will often pay my friends to do them; then sit back and laugh. Like the time I paid my buddy $15 to walk up to a group of hot girls and say: “Alright Ladies, Who wants herpes?”  I wasn’t laughing when he got one of there numbers, and I still had to pay him (I guess one of them did, really want herpes.) Or the time I convinced my buddy to get “Employees use the back entrance” tattooed on his lower back for $200 + tattoo costs, only to watch him bail at the site of the needle. 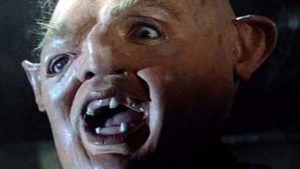 Boos, Comedy, and betting is pretty much how you can sum up a night with my buddies; and this night was no different. A couple of my buddies, and I decided to go to this cool, hip, punk-rock bar called Shorty’s. This is the kind of bar where if you don’t have 6 tattoos, and at least 2 facial/genitalia piercing’s, you get the “this person does not belong here” look. They look at you like you are Steven Segal in Acting Class. While entering the bar, I noticed a girl sitting at a booth, who looked just like Christina Ricci. I pointed her out to my buddies, and they both agreed that the girl looked like CR. Although, neither of them was convinced it was actually her. They had a decent point. This is a little hole in the wall bar. How would CR even know this place existed? One point; for my friends, team atheist. Then I realized whom we were talking about! This is the girl who was in Fear and Loathing in Las Vegas!  Anyone who was in that movie has to have some idea of crazy bars that serve you drinks stiffer than Clay Aiken watching MMA.  One point for me, I am finally on the board. Although, it did not help my case that the people she was sitting with looked dingy. They were so dingy they made New York bums look like runway models. One guy was actually rocking the bald headed mullet with dreads. It looked like his dready mullet was so heavy, it pulled the rest of his hair right off the top of his head.  I am actually the last person to care about people’s looks, but this guy is the reason we got kicked out, so I feel like I can say whatever I want about a guy; who looked like the stunt double for Sloth in Goonies. One more point for my opposition.

My mind was running, rationalizing every reason CR would be at my favorite bar in Seattle. She might be with people, who think smoking cigarettes, and drinking is a substitute for bathing, but this is the girl who dated a mentally challenged guy in Pumpkin; so the people she was with did not surprise me. 1/2 point; for me, putting the score at 2 points opposition, 1 1/2 points me. Granted, this girl looked a little different than CR, but I just figured it was how she really looked. 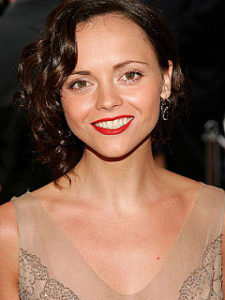 So the bet was on! We set the amount at $50, but could not decide on who was going to ask. For me, there is no way I am going up to someone famous and drawing attention to him or her. Especially, when they might not want it. I was once with my friend in a crowded supermarket, when he saw Keifer Sutherland, and than yelled out to me: “Hey Matt, it’s the guy from 24.” I then watched everyone in the supermarket bombard Keifer and a simple task of buying Canadian bacon turned into a 45-minute autograph session for him. Even when I see celebrities I am very fond of I try to not bother them. I once stood next to Benjamin Gibbard for an entire show and did not say anything to him. I did get close enough to smell him though (in a non-creepy smelling way.) Than three weeks later, saw him at the Heathrow Airport and still kept my yapper zipped. I always toyed with the idea of just filing a restraining order against him, to see what would happen.

My friend Kevin, who took my bet, was confident it was not CR. He had no problem going up to her and just asking. Kevin lives for awkward moments. He is the only guy I know, who has been kicked out of a Halloween party for his costume, two years in a row. What it comes down to is he just does not give a shit. He’s like racecar driver with narcolepsy.

While we were outlining the details of how he was going to approach her, there was a large shriek. We turned our heads to see the perceived Christina Ricci lying on the floor, laughing hysterically at the fact she just fell, and shattered her drink all over the ground. One more check for my opposition, team rising confidence (3 to 1.5.) Kevin, at this point felt sympathy for me, and gave me a chance to back out of the bet. Claiming, that all I had to do was buy him a drink, and then we could all forget about this little Christinagate. I couldn’t back out; I was convinced it was her! I am the type of person that when I have my mind on something, there is nothing you can do to sway me. I am like a non-religious Billy Graham; committed to the truth as long as there are no facts involved.

At any rate, the plan was set. Kevin was to approach her when she went out for a smoke, and he was going to say to her: “Hey have we met before? What’s your name?” Which has got to be the best plan 3 inebriated dudes has ever come up with, in the history of men approaching a woman. The moment came when CR went outside for a smoke, and out followed Kevin. He was locked in on his prey. I felt like I was watching an episode of Planet Earth, but instead of a cheetah speeding after an antelope, it was a drunk comedian following creepily behind a famous girl. He was a man possessed; primarily with alcohol but he was possessed nonetheless. Here is how the dialogue went:

Kevin: “You look really familiar. Do I know you?”

Kevin (sarcastically): “I guess I do know you”

Christina, then flicked her cigarette at Kevin, and got up and went back into the bar. Kevin, shortly after, returned to our table and described the interaction. At this point, we did not know that their conversation was going to be the end of our stay in the bar. However, we were soon to find out.

Kevin was now even more convinced that it was “Not” CR saying, “that it looked nothing like her up close.” So, I called the bet off. I said, “There is not sufficient evidence either way.” Kevin, frustrated with my unwillingness to believe him, said he would “try again.” Drunk at this point, Kevin, and my other drunken friend AG; storm right up to the booth where CR is sitting. She is 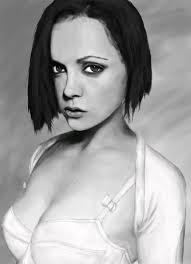 sitting in the spot furthest away from the edge of the table, and with her, are 2 huge dudes, and a chick. Kevin walks up, interrupts their conversation, and says, “I realized how I think I know you. You look a lot like Christina Ricci. Has anyone ever told you that?” I admire his straightforwardness, and if this didn’t get an answer nothing would. Christina, visibly annoyed, and looking at him like he just walked through a Christian Bale scene, sarcastically says, “No! No one has ever told me that.”

They all just sat there in awkward silence; staring at Kevin with horrific looks on there faces like they were watching two girls one cup.  Kevin, trying to remedy the awkwardness with a laugh responded: “Well, nice talking to ya, Bitch!” He made what we call in the comedy world a “Callback” (which is a reference to a joke earlier,) and to us comedy aficionado’s, that’s fucking hilarious. Although, the dread headed mullet guy, who looked like he might be the son of the son of Sam; did not think it was so fucking hilarious.  He sprung out of his seat, like he just one a lifetime supply of PBR in an ugly contest, and goes to punch Kevin. When he went to hit Kevin, on his back swing, in all his dread headed mullet glory; he end’s up hitting the girl sitting behind him in the face, and knocks her beer all over CR. Christina shrieks; (like she normally does at bars,) but this time she is trying to stop good ol’ Hipzilla from beating Kevin like he owed him lunch money. CR was yelling, “it was a joke, it was a joke,” but man’s version of a manatee, was not hearing it. He was to busy standing 2 inches from Kevin’s face, explaining how he was going to rip off his neck, and shit into his torso. Looking back, I think it would have been that much funnier if while the guy was yelling at him 2 inches from his face, Kevin just went in and gave him a little peck on the lips.

During all the commotion, the bartender, leaps over the bar, and jumps in between dread headed mullet guy and Kevin. He was yelling at the top of his lungs for them to “break it up.” After things were settled, the bartender, tells us that we “are not welcome here anymore,” and that we “needed to leave” before he beat our ass. WTF? I said to the bartender: “what about this guy? He’s the one who is causing the ruckus.” The bartender just smiled and said, “you need to get out.”

So to date, we still don’t know if it was really the Christina Ricci. However, I still paid Kevin anyways. I don’t know if I paid him because I felt bad for what happened, or if I subconsciously knew one day I would want to write about it, and I could use that as a bribe.  So Christina Ricci if you are reading this, I want my $50 back, BITCH!